The TagExplorer was prototype that I made while at Yahoo! Research in Barcelona. The TagExplorer enabled browsing Flickr photos using semantically organized tag clouds. The prototype combined two research projects that I was working on at the time, tag recommendation and tag classification (see references below).

For example, if the user typed in London, they would be presented with photos from London (obviously), together with semantically categorized refinement suggestions, such as the locations England and Southwark or the landmarks Big Ben and London Eye. 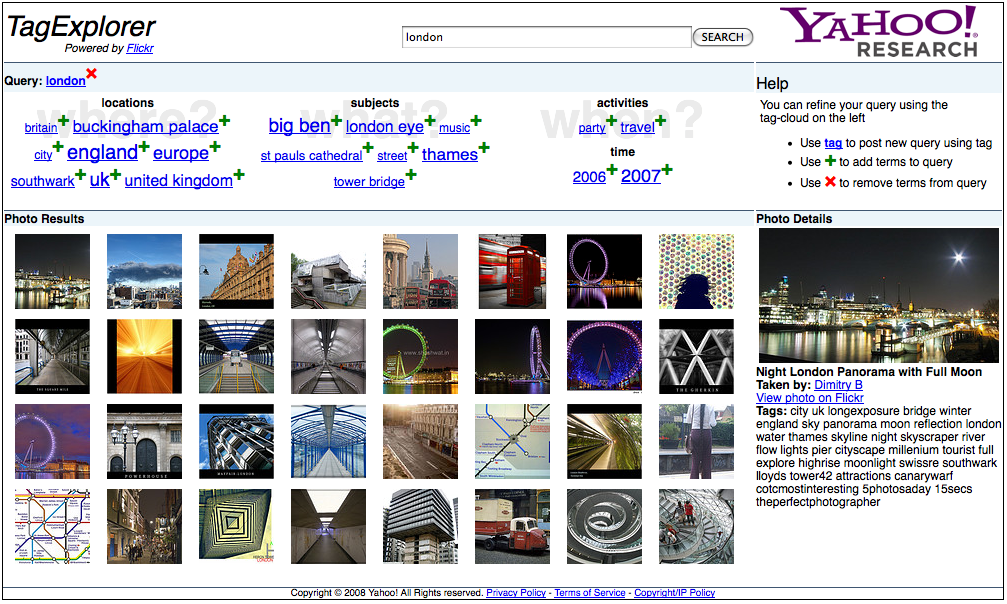 The user could then refine their query by zooming in on certain aspects, such as London Eye. 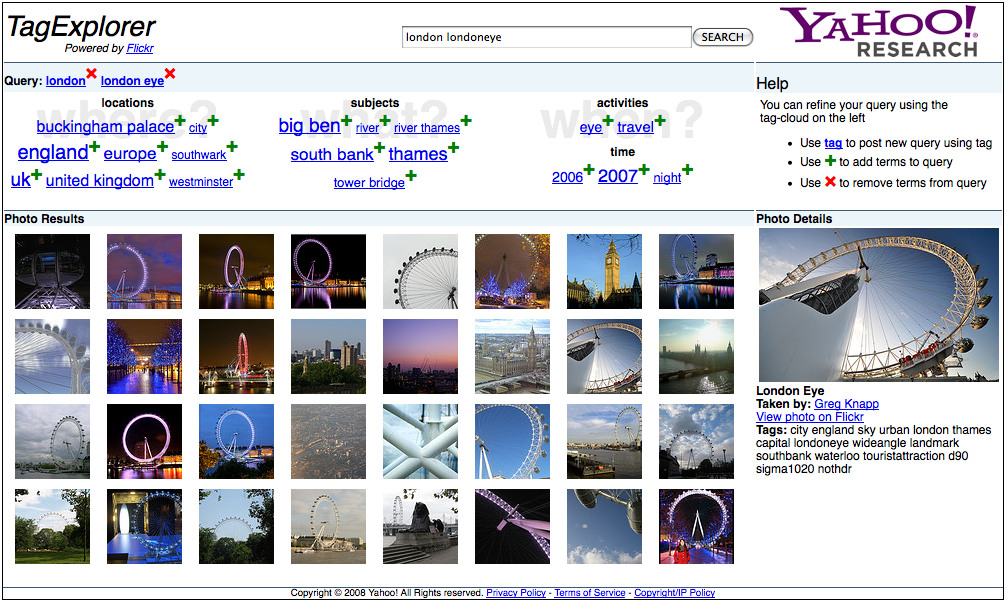 Alternatively, the user could also use the browsing support to generalize their query, say, by clicking on the river tag. 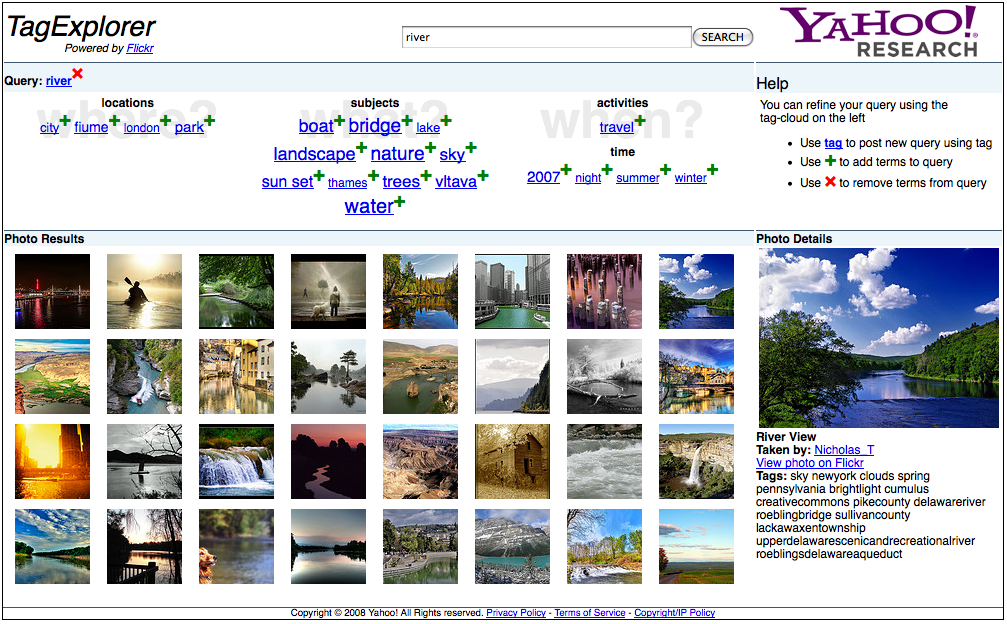